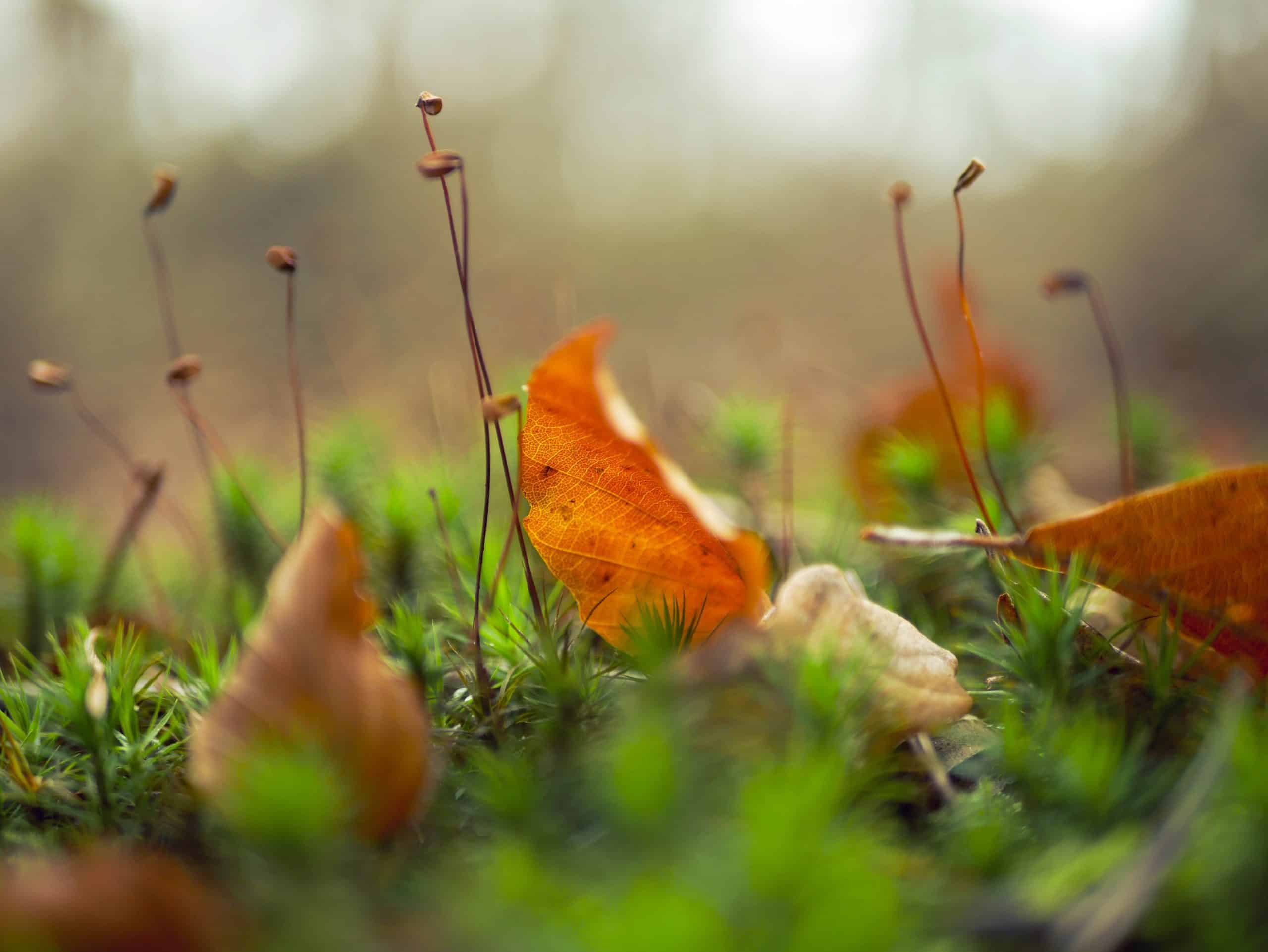 Photo by xandro Vandewalle on Unsplash

In my morning walkabout in the backyard, I noted the first bronze and peach leaves crowning the top of our old vine maple and the brown heads of the bending goldenrod. Fresh borage plants are poking up happy blue flowers and yet one more small, self-sewn crop of phacelia is blooming.

My computer had assured me of a warm, sunny day and the gray sky was quickly being overtaken by blue, wispy holes. Already my bees were out into the morning, visiting late-blooming false dandelion, borage, and the rounded mounds of dark purple asters and lavender.

Against the conventional grain, I am a bee lover who enters my hives very infrequently, only a few times a year at most, and only when I have a strong reason to break the sacred seal of the hive. Autumn is such a time…

My winter prep for my bees isn’t extensive, but I believe it is very helpful to the colonies. So I gathered up my wooden tray, stocked it with my hive tools, some paper towels, dishrags, and a small knife. I carried it out to the bee yard and set it atop one of my top bar hives. Then I collected a fat roll of insulation bubble-type foil wrap, a handful of pillow cases, three flakes of fresh straw, and my bee veil (just in case!).

I set my supplies up between two hives: Shanti-Ana and SpiritTree. Shanti was my first swarm of the season, a gift from my beekeeping friend, Anna. Spirit came from a swarming tree hive just a few miles down the road from me. They were in identical hives, but had built up very differently as the summer progressed. Spirit was roaring along like a locomotive, packed with bees and comb that filled three-quarters of the hive. Shanti had filled a half of her hive with comb, but her numbers had dropped rapidly in the past few weeks, leaving only about two or three combs of bees. One other hive around the corner of my yard called BenzBees had also plummeted in bee numbers.

My intention was to look and see if Shanti and Benz had honey stores and their queens. Starting with Shanti, I removed the outer cover of the hive exposing the closed rows of 32 bars. I kneeled down by hive entrance and told the bees what I planned: “Good morning, beautiful girls. I’m going to be coming in to visit. I’ll be moving some combs around and then getting you set up all cozy for winter. Then, I’ll be out of your hair for the winter. Be patient with me.”

I always talk to my bees as I work with them. It helps me settle into the task at hand and remain connected to them. I try to work without gear, as the face veil really diminishes visibility and I like to see what I’m doing, so I used my hive tool to crack up the tip of the first bar and waited a moment to see Shanti’s reaction. All remained quiet. At the entrance, a small cadre of bees continued coming and going.

Moving bar by wooden bar from back to front, I found lovely combs with honey across the top three or four inches and unsealed nectar on the bottom. There were only a tiny handful of bees on the combs.

Coming closer to the front of the hive, the numbers picked up slightly until I found the main collection of bees working their combs. Their was very little brood, which I have come to expect at this time of the year. I had removed any empty wax combs as I worked my way forward. They would do the bees no good come winter. My task—besides locating a queen—was to condense the hive so that the bees would only need to keep warm the section of hive box they were using.

There on the second bee-busy comb, I found their beautiful, amber-hued queen dodging my efforts to get a good look at her. Because I go into my hives so infrequently, it was a huge thrill for me to see the queen. I never-ever look for them, looking only for evidence of them instead: larvae and eggs. But since the bees had pretty much finished raising brood for the winter, my only evidence of a queen in residence would need to be her majesty herself. And there she was, in all her long-bodied glory. I grinned ear to ear as she ducked to the backside of the comb.

My in-hive tasks were complete, and I closed up the hive, moving the backboard called a “follower” forward to where the honey/nectar combs began. Next, I stuffed a pillow case with straw, and pressed it into the empty cavity at the rear of the hive. It would provide good winter insulation for the ladies in the unused part of the hive. Lastly, I ran a double thickness of insulation over the bars and set the hive cover on top. “All done, ladies. Thank you for your kindness!” No stings, no muss, no fuss!

Although Shanti was very small, I had seen no glaring evidence of disease or mites. Often, small hives are the victims of honey robbing by other bees or yellow jackets who determine when a hive is too weak to defend itself. Shanti had no robbing problems, and I had closed her entrance with screen down to the size of only one or two bees so she wouldn’t have a large doorway to defend.

With that, I turned around to have a look in SpiritTree. Spirit is a feisty hive, the only one in my bee garden that has on occasion stung me just for sitting too close. I told her my intentions, asked for her patience, and cracked loose the first bar of comb. It was loaded with honey. No need in this hive to go any further forward. Shanti had plenty of winter food, and plenty of bees. I made up a small straw pillow and pressed it into the small cavity they had not used, layered the top with insulation, and closed up the hive.

Next, I carried all my supplies over to BenzBees and began at the rear end of the hive. I found many unused, unfilled wax combs, which I removed. Finally, I came to the honey stores and nectar. There weren’t very many, but there were what looked like enough for the number of bees left in the hive. As I worked along, I looked into the empty cells for mite droppings—white splotches in the back of the combs—and I found them. The small number of remaining sealed brood had mostly been pierced with a pin hole prick. Bees do this if they determine through temperature and scent that the pupae has been weakened by mites. They pierce the sealed cap, thus killing the pupae and the breeding mites. Then, they pull it out and either eat the pupae (high protein) or carry it out of the hive and dump it.

BenzBees were showing all the classic signs of varroa infestation but for one: deformed wing virus. It is this virus that the mites enable that destroys hives very quickly. Bees with the virus are born with what look like burnt or crispy wings and are unable to fly. These bees may survive in the hive for a week or more as nurse bees if they are strong enough, but when they try and become foraging bees, they fall to the ground. Often, nurse bees sense this weakened bee in her cell and remove her before she has a chance to hatch. I had seen some evidence of this virus in my bee yard—I always do—but there were very, very few bees affected this past summer.

Moving forward in the hive, I came upon the combs full of workers and quickly spotted their amber and black queen. She looked lovely, presiding over about four full combs of bees. No need to go further. I moved the follower board forward, installed the straw pillow, placed the insulation, screened the entrance down to two-bee size, and closed up the hive.

Of my remaining four hives, only two would need my attention: I have a small-capacity log hive named SunTree (a sister to SpiritTree) that is well insulated for winter except for the wooden top. The sides of the log are about six inches thick in wood, but the top is only an inch-thick plank, so I piled insulation on top. I can’t see into this hive, but the bustling activity at their entry board tells me all I need to know.

RainTree (another SpiritTree sister) is a Cathedral Hive, a new hive design by Corwin Bell. It is a top bar hive that has very deep hexagonal combs. I believe the bees work this hive like a vertical hive rather than a horizontal top bar. The deep combs and good ventilation of the hive have made the RainTree bees very happy all summer. They filled the hive with comb and honey, only recently kicked out their drones, and have begun the rapid shrink-down of autumn. I had no need to search for a queen in RainTree. To do so would have meant disturbing a large number of bees and honey stores and I had no reason to believe they were having queen issues. So in when the pillow, on went the insulation, and RainTree was set for the winter.

My two remaining hives are a SunHive (Anahat—sister to Shanti Ana) and a Warre’ (Anaflora, also sister to Shanti), and neither hive styles require any winterizing. Both hives are busy, packing in pollen and nectar still.

I can’t help but make guesses as to which hives I believe will make it through winter. But I try not to, because I’m mostly always wrong. Common sense would say that tiny Shanti and BenzBees are too small to survive till spring. Last year I combined some of my small hives with other small hives to boost them up for winter. But now I believe that doing this only creates stress and havoc for the bees who suddenly have to come up with an entirely different plan for winter survival at a time when there is little seasonal time to make adjustments.

Also, I don’t believe I do the bees any favors by propping up small or weak hives. I will feed a small hive, but pretty much only if it is a late-caught swarm who will need all the help they can get to be set by winter. My hives this year were all early-season swarms, have had no queens perish, and have had bountiful forage all summer. I figure that if they have not been able to prepare well enough for winter, there is most likely a good reason for that, and my interference would do more harm than good.

My mentor and friend Jacqueline Freeman, who is a true bee whisperer, says that the bees have told her to let the weak colonies perish, and the weak genetics along with them. So this year, I am going to watch and learn, and not shuffle bees from hive to hive. It is part of the process of respecting the wisdom of the honeybee, and while losing hives is heartbreaking for me, so is behaving as though I always know better than the bees as to what is best for them.

So, with winter prep over, and all my hives settled snug and dry beneath shed roofing, I am settling into my fall tasks: writing, reading, and weaving skeps for swarms come spring. Sleep well, my sweet, sweet bees. Nature spirits willing, I hope to see you all come spring.

Winter Clustering is a Result of Poor Hive Insulation